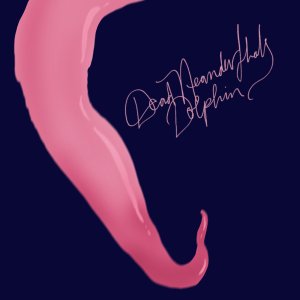 This New Year’s Eve release saw 2016 out with a bang, or rather a BLUURRRRRRTTTT. Dolphin’s midnight fireworks display is a continuous display of extreme grind-honk road-work explosions. The sax whirs like a lawnmower in desperate combat with a drummer utilisating every pan in the kitchen by means of a controlled localised earthquake. Wonderful, deafening chaos. Dolphin sees Dead Neanderthals further distil their post-Prime exhausting noise ecstasy. Free-jazz for the intentional collapsing of ear drums. Two people, infinite fire. Light the fuse here. 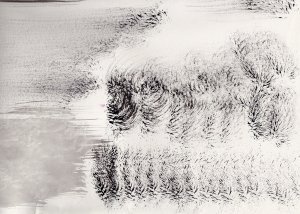 This latest tape/download on Gateshead’s ICR label is a patient dial-turning examination, an often tense balancing action between signal and noise. Side 1 (ANORAKI) is an evolving audio clarification that slowly refocuses from painfully taut thin fluttering fuzz to marimba-like morse taps communicating something urgent but opaque. A broadcast from a vocal-less numbers station. The message pulse continues during ANORAKII on the opposing side, but with sweeping scorched radioactive interference as some other nation tries to jam its frequencies. This goes on for several absorbing minutes before it all gets chucked on a bonfire after a mysterious van pulls up on the road leading past the aerial-bestrewn allotment shed. Adjust your radio here.

Orange Proof Document is just as engaging. At times, it is a gong-singing wind-blown drone stretch-out, at others, its guitar scraping recalls Yellow Swans’ meditative atmospheres without the mountain-slide of sludge. Track 3, Metal Roach, is a relentless torrent of industrial roar and guitar scree. Closing piece, The Horse Has Wet Its Neck, is a mesmerising fugue of sinuous long-form winding guitar  and respiring drone. Check them both out here along with the rest of their enormous output.