A few releases that have been variously inspired by, recorded in, or physically coated with the debris of woodland spaces.

Elizabeth Veldon’s  ‘Songs For The Summer Walker In The Woods‘  has for nearly half of its 30 minute duration a gulf of silence before sparse clusters and single ringing piano notes amble into view. Occasionally more violentally struck gestures occur. An autumnal, chilly, still  atmosphere pervades its length. Silence is a crucial component, the gaps between sounds over a track this long cause the listener to cling to the short periods of subtle instrumental work. ‘Songs For The Summer Walker In The Woods’ is a work of patience and calm with plenty of space for thought and reflection of your own. The music becomes at times a soft, welcome intrusion; dead leaves falling gracefully from a skeletal canopy. 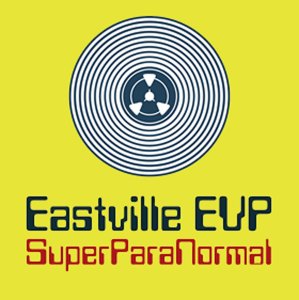 SuperParaNormal by Eastville EVP (Eastville Vending)  is a recording of a midnight performance in Braziers Park woods, during the 2016 Supernormal Festival. Participants included Farmer Glitch, Hardworking Families, Vickie Saunders and Tim Drage, among many others. This large ensemble attempst to search for Electronic Voice Phenomena (EVP) using improvised noise music; employing voice and sound objects variously acoustic and electronic.  Whether or not any sound-spectres were actually captured and documented is not clear, but who cares when you’ve got this gleefully chaotic artifact from the experiment. Sounding like a pagan worship gathering
trying to dial up a link to the gods via modem and rusty drone. Long honks and croaks could be plastic tubes. The clanging of symbols, gongs, or pans. Peeps, whistles and hollers. Sci-fi radiophonica, lawnmower buzz. Industrial night-bird calls. Spiral-spun sirens. All the glitching blips and bobs coalesce at its close into a full-throated rusty buzz. This release is full of squally dissonance and rustling sonic intrigue.

“Live at the Monk and the Nun” is a split album with Swiss Barns & Queef! released by Sofia Records (run by Natalia Beylis who also plays in Three-Eyed Makara, reviewed further down this page), this tape arrives with the woods: soil and leaves as integral physical components, falling onto your floor as you unwrap the tape. The first half (‘Swiss Barns’) is an improvised viola duet from Jorge Boehringer and Ailbhe Nic Oireachtaigh recorded live at the Monk and the Nun festival in 2016. Sighing into being, this lilting and conversational dialogue more than keeps the interest for its duration. Fibrous trails of buzzing resonance. Poinging blips as bow is bounced on strings. Weaving murmurations of sound, deftly dancing in complex counterpoint. Jarring stops and scraping scree. Plucking steps and vibrant echoing taps on the instrument’s body. Sections of abstract creaking noise that are at-one with the otherwise mostly welcoming nature of this improvisation. Buzzing ascending drones and whirlpools of scribbling violence. Towards the end, the two embark on a stabbing Psycho-esque section that is pulled apart into shivering shrill shrieks. ‘Swiss Barns’ is beautifully gnarled and knotted music.

Queef! are a duo of Claire Guerin and Laney Mannion making music of clattering electronics and various manipulated objects, recorded at the same festival. Bubbling. Tapping. Sweet folkish tunes. Bangs. Ticking clocks. Metallic rustling and tinkling bells. Whistles. Mysterious combinations of sounds from a wide pallette. Dreamlike with an inscrutable internal logic. Recorded on a carpet of moss, it has a springy moist nature to it. The elements sound slowly compacted like leaf mulch, concealing much insect industry. Queef! are wonderfully weird and absorbing. Something odd being built, some impossible temporary structure between the trees, made for purposes best not speculated about too deeply.

Three Eyed Makara are a shifting collective of musicians led by Natalia Beylis (Mandobird & Electronics ) and Willie Stewart (Snare & Floortom & Gong), joined on ‘Moonmilk Roof‘ by Ailbhe Nic Oireachtaigh (viola) and Djuna Keen (saxophone) These tracks were recorded live by Three Eyed Makara in March 2017 in Cavan, Drumnadubber Wood & Boho. This tape released by Crow Versus Crow is like a weird sideways free-jazz, more aligned with avant-folk mysticism (not that free-jazz has a surfeit of outer space voyagers). ‘Moonmilk Roof’ is a questing experience. Pushing out into the mental sonic wilds, documenting what it finds. Percussion like coins raining on a tin roof. Electronics shuddering out of echoing chasms. The viola scraping out twisted tracks. Saxophone hollering animal calls. Clamouring outbursts, sudden noise meltdowns. A tremendous release. Thrashing and vicious as much as it is subtle and patient.