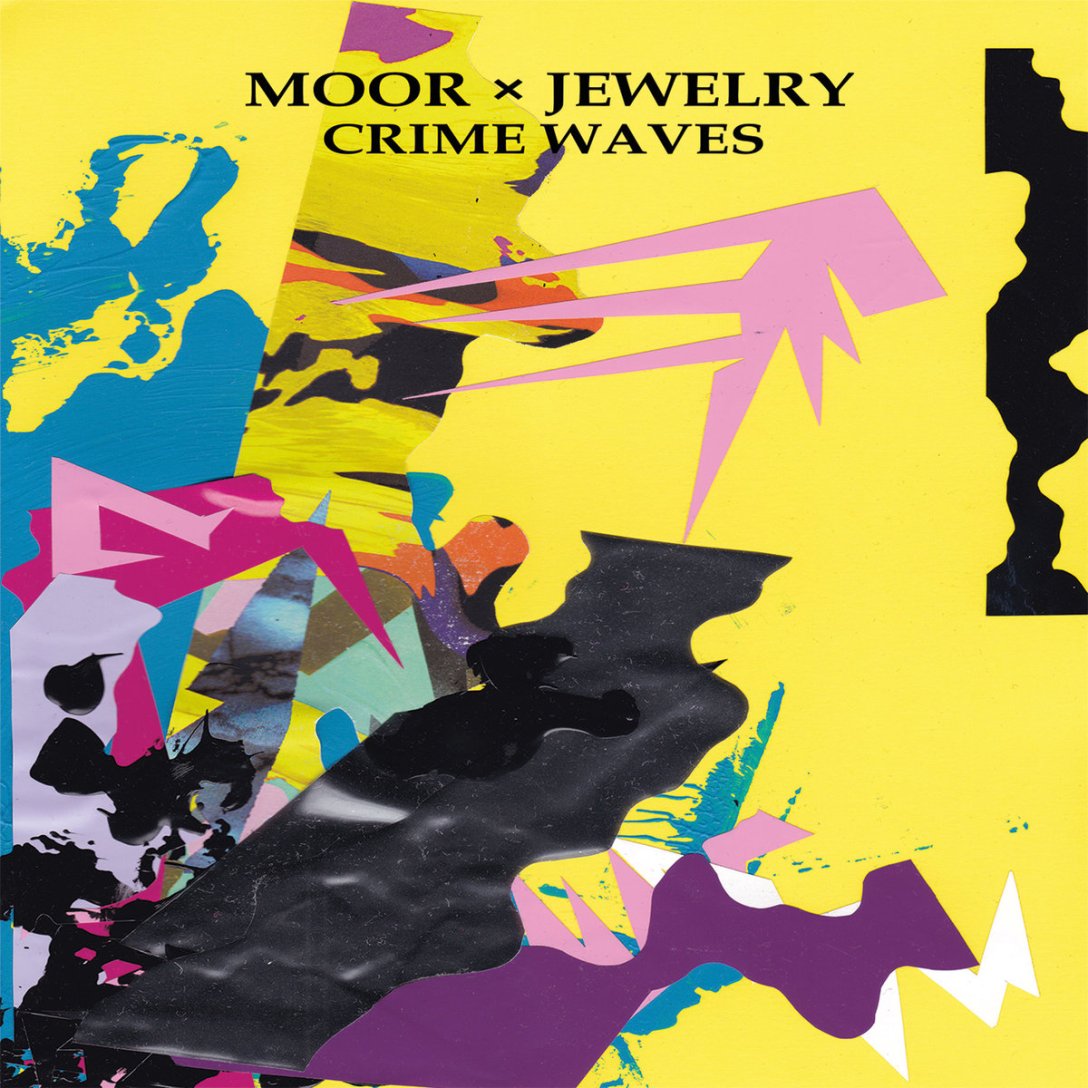 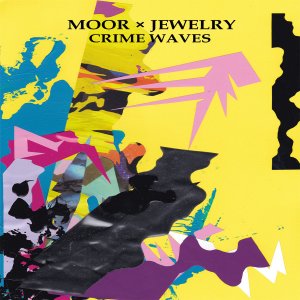 Moor Mother follows her amazing 2016 album, ‘Fetish Bones‘, a collection of home-recorded protest songs that are as fierce as they are strange, testaments to troubling time, with this, her second release on the Don Giovanni label. ‘Crime Waves‘ is a collaboration with producers Mental Jewelry. Continuing with the subject matter of ‘Fetish Bones’: racism and police violence, ‘Crime Waves’ packs an avalanche of sound and words into its shorter EP-length duration.

Coiling bass and echoing sonar-ping beats erupt from opening track, ‘Hardware’, Moor Mother repeating “is anybody out there?;” police brutality, blood and taser guns described with a pixelated noise-eroded voice. The vocal delivery is anguished and desperate: “how dare I exist?”; the music is an uneasy combination of sick-step rhythms, queasily pitching sound-levels and industro-scrape atmospherics bouncing off a brick-wall background. ‘Death Booming’ is a woozy low-key nightmare; low, slow and sparse; claustrophobic can-clack algo-bloomed beat-pattern; a resigned-sounding wait for the police to come, to get, to raid, to kill. ‘Matter of Time’ is a fierce dubstep track, full of bass throb and slab bangs; heavy, nasty dub destruction like Kevin Martin’s work on Razor X Productions.

Some of Moor Mother’s most blistering words are on ‘Streets Dept’; the track sees her “spit the truth” over horrible Big Black style scraping rusty guitars: “We wrote our history / In the future they don’t mention me;” an enraged:  “I put in work in these streets, they know me”. ‘The City’ is digi-dancehall lit by “so many fires”; synthed-out choral smears and radiophonic plongs weaponising Broadcast-style melodies. ‘Crime Waves closes with ‘Big Crime’ and its slow pavement-level creep, dramatically swept vertically up a towering oscillating drone tower.

Blood and bodies litter the narrative of ‘Crime Waves’, a ruinscape of blasted cringing suns and darkening skies over broken streets, patrolled by malevolent, violent authority. The production is fittingly brutal: faltering music, eating itself, hitting with slamming-door beats.  A crumbling concrete aesthetic. Music as a defensive weapon or after-the-fact, alt-CCTV sound-witness. Staccato rhymes and bombed-out city blues. ‘Crime Waves’ is brilliant; a crushingly heavy, essential listen. File with Clipping as fellow noise-rap geniuses; both making some of the most dense and exciting music currently being released.